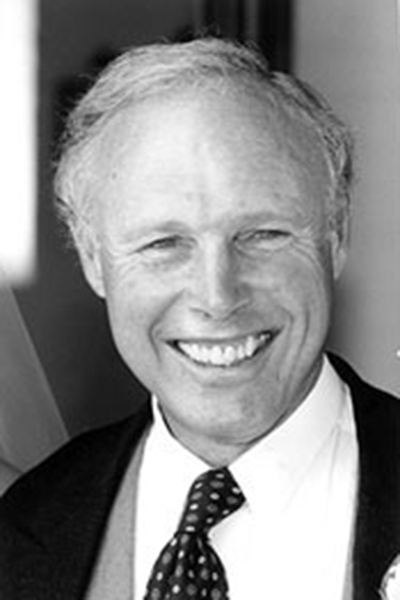 James William Ashton lived life at the gallop. When he died after a fall during a polo game in Thailand at age 69 on Valentine’s Day 2010, it was a cruel shock but not entirely a surprise to his family and friends.

His passing was also mourned by the international polo fraternity. James had played in and organised tournaments extensively throughout the world and was integral to the organisation of the 2001 World Cup Polo Tournament in Melbourne and held key roles at the NSW Polo Association, Australian Polo Federation and Federation of International Polo.

His courage was legendary, as were the resulting accidents. He took up polo at age 21 and by the time he was 69 he had pins in virtually every part of his body and had undergone a quintuple bypass. One friend noted that an archaeologist of the future might suppose his skeleton to be that of some transitional being between the biological and mechanical eras – a bionic man.

Sinclair Hill, Australia’s foremost polo player thought he showed promise as a future champion, but in the 1970s his polo career and his family’s way of life were cut short by his contraction of brucellosis, a blood disease caught from cattle and almost unknown in humans.

Despite endless medical tests, his condition remained undiagnosed for 18 years. Doctors warned him of imminent death and the need, meanwhile, to find a sedentary occupation, so he moved his young family to Sydney. When his illness was at last diagnosed and treated, the family returned to Millamolong and James to his beloved horses. He played polo for Australia in world cup tournaments in Buenos Aires and Berlin, and in matches from Shanghai to Tehran.

For the past 80 years the Ashton family has been well-known for playing polo.

James Hay (Jim) Ashton bought Millamolong Station near Mandurama in the early 1930s with his share of the proceeds from the legendary Ashton brothers’ trip to England and America. He went on to work in the agricultural industry and the political arena for many years and during World War II was a member of the Commonwealth Bank Board (now RBA) representing the rural industries across Australia.

Millamolong Station was handed onto his two sons and the eldest, James Ashton, went on to run the property from 1962. James played polo with as much vigour as his father and became a leading figure in international and Australian polo until his untimely death in 2010 at the age of 69 in a polo-playing accident in Thailand.

James established Millamolong Polo Club in 1997 to honour the memory of his son Jamie, a promising polo player who lost his young life in a road accident. Today, the Club is proud to have hosted many national and international teams and its annual events attract bigger and bigger followings each year, with the James Ashton and Jamie Ashton Memorial Cups being challenged every autumn.

In 2011 most of Millamolong’s landholding was sold, but the Millamolong Polo Club and ground continues with enthusiasm and is today run by a committee of dedicated members.

The Millamolong Charity Fund supports local and international charitable and community causes and the Club’s dedicated social committee and main committee work hard to ensure their events attract maximum attendance and that fundraising goals are achieved.

Millamolong continues to go from strength to strength. As we move into the future, we will continue to promote the great sport of polo and support the local and global community.

It was somewhere west of Sydney, in the Central West dry scrub,
That James Ashton formed an institution called the Millamolong Polo Club.
He was a tough and hardy horseman, who as a boy had learned to ride,
And he’d turned his hand to playing polo, down by the Belubula river side.

And his style of playing polo was irregular and rash –
He had scant regard for safety, and a mighty lot of dash.
He went to play in England, as a talented 4 goaler buck,
He loved to play the hard ponies, and the stalls he would de-muck.
The English grooms they liked him, ‘cause he played the feral ones,
Said he enjoyed the challenge of it, on those crazy daring runs.

He came back home to farming, when his health had let him down,
And he did post-graduate business, after doctors told him he’d soon be six feet underground.
But undaunted by his grave prognosis, a strong recovery he did make,
And he sired five unruly children as running Millamolong he once again did undertake.
And his life became more busy, with Shire Council and political aims declared,
As the strains of ‘Ashton Action’ and ‘Join Jim’ were spread across the seat of Calare.

But he hankered still for polo, though the Senate once again did call,
It was after he and his much loved stock horse Brandy had another spectacular fall,
And he’d been six months in plaster, for a badly fractured leg,
He decided he’d go to the wife Susan, and for a return to polo he would beg.

He signed up for Bathurst polo – a club now long defunct,
And his previous beloved Toompang Club, also to oblivion it had sunk.
So he said to his son James jnr “We’ll give those city boys a try,
They’re mostly piss and wind, and their riding styles a far cry
From my earlier days with James my father, when my stirrups he would take,
And with the famous whale-bone whip, my arse he’d give a shake.
We’ll take on those McGregors and the Tolhursts in Windsor at a pinch,
And we’ll start a rural polo club down Ewens Flats – it’ll be a cinch!”

And he bought in the land levelers, and hooked up pipes to the nearest dam,
And built a tank on top of the hill to irrigate his plan.
“Winter cooch” he proclaimed loudly “is the stuff we’ll plant down there,
If it’s good enough for Kerry Packer, it’ll do our little square”.

The polo club it flourished, though sadly a family gravesite it also had to become,
As through trials and tribulations James and Wal both lost a son.
But true to family tradition the polo dream kept on,
And with the New South Wales Polo Country Classic, James’ horsemanship skills shone.

Both wrists he has now broken, and both hips he’s had replaced,
His knees and ankles they are both shot, and his right index finger surgically braced.
His heart had bypass surgery long ago, and his kidneys are passing stones.
But still he sits astride his horse, though for mounting now a milk crate he does own.
His glasses are getting thicker, and he now wears riding gloves.
Though for boyish fun and sheer delight it’s polo he still loves.

And so we wish this now old man, on his 66th birthday show,
Another three score years and ten of polo more to go,
And when if ever he rides his last through Millamolong’s rolling hills,
It’s with our fondest wishes and love, we thank him for the legacy he now fills.

For the old men they now stare at him, and wistfully shake their heads,
As he flys past on a crazy horse, heading straight for the sheds:
“Just one neck shot from here will do, if I give it a decent whack,
And through the goal- we’ll win by 1- that’s what keeps me coming back”.

By the old Belubula river, where the breezes shake the grass,
On a future night you’ll see a light, where the stockmen never pass.
It’ll be our father James, in his orange polo boots,
His polo britches split behind, and the zipper coming loose.
He’ll be ridden hard by his oldest son, James Struan on his best horse Kate,
And waiting for the pass up front, his father James Hay riding free to take,
James Hay upon his stern visage an approving little grin,
And he’ll say “Son, you’ve played like hell, and given your all to win”.